On The Shores of Georgian Bay 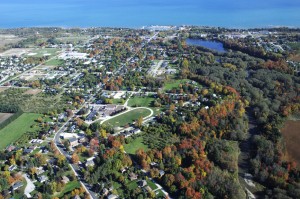 A short two hour drive from the Greater Toronto Area brings you to Thornbury. A fifteen minute drive takes you to Blue Mountain, Ontario’s largest alpine ski area. Each of our well appointed two bedroom and studio efficiency units overlook the harbour and Georgian Bay. Royal Harbour Resort is the perfect location to create many happy vacation memories.

Get directions to Royal Harbour Resort.

We would like to recognize the First Nations, Metis and Inuit peoples of Canada as traditional stewards of the land. The Royal Harbour Resort is located within the boundary of the Treaty 18 region of 1818 and is covered by the Upper Canada Treaties. We acknowledge that the land on which the Royal Harbour Resort is situated is the traditional territory of the Haudenosaunee (Ho-an-Sony) (this name refers to the Iroquois Confederacy comprising of these Nations: Mohawk, Oneida, Onondaga, Cayuga, Seneca and Tuscarora), the Ojibway/Chippewa, the Anishinaabek (including Ojibway, Odawa, Algonquin, Potawatomi, Nipissing, Mississauga, Saulteau and all the Algonkian/Ojibwa Nations) and the Wendat peoples.